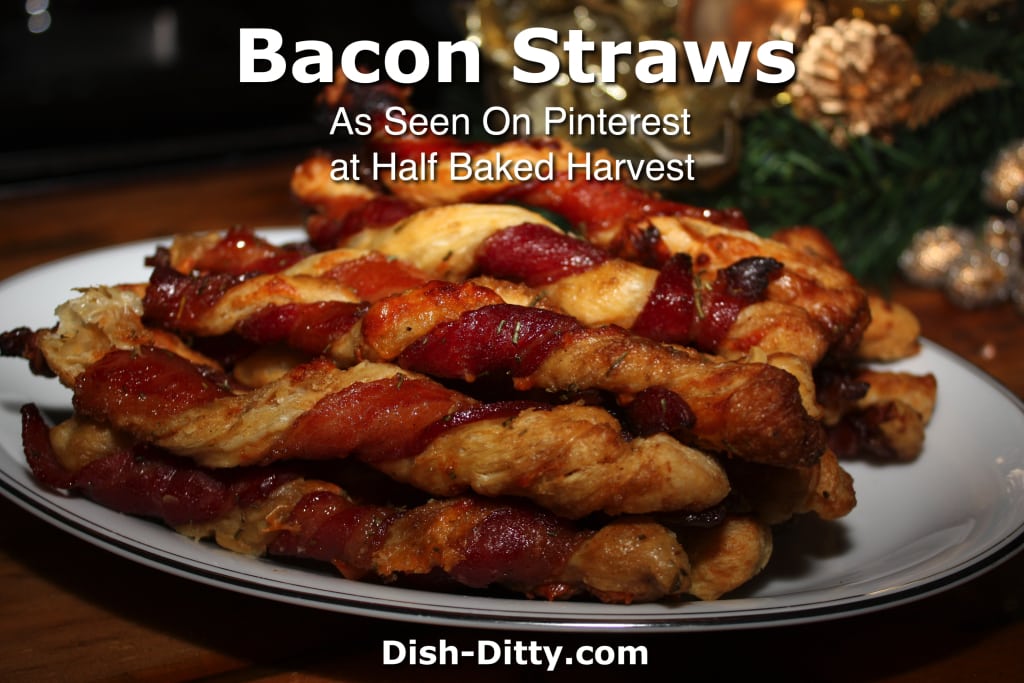 Sweet and Savory Cheesy Bacon Wrapped Puff Pastry Twist by Half Baked Harvest is a hit!

The second installment from my “As Seen on Pinterest” series, this is a delicious and beautiful appetizer found at Half Baked Harvest. I’ve shortened the name to “Bacon Straws”, mostly because I needed a little shorter of a title. Sorry Half Baked Harvest!

My sister SuZ found these on Pinterest and has been addicted to them ever since. She had been raving about them since she arrived earlier in the month. So, this is the decadent appetizer she made for us on Christmas Eve. Wow, they were fantastic. She says that people only say one thing after trying them… “More Please!”

They are very simple to put together. The only adjustment we made to the recipe was to reduce the cayenne to 1/2 teaspoon, and even that was still a little too spicy for me. So I suggest if you are sensitive to spicy foods, reduce it down to 1/4 teaspoon. Most of my family thought the spice level was perfect, I guess I’m just the wimp in the family.

So, head on over to Half Baked Harvest to get the full recipe for Sweet and Savory Cheesy Bacon Wrapped Puff Pastry. 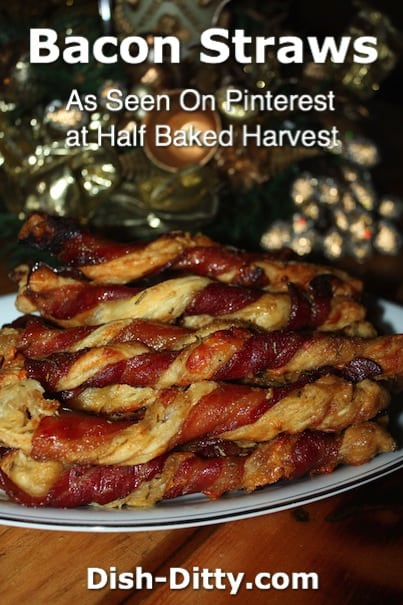 Best of 2014 from Dish Ditty Recipes

No Replies to "Bacon Straws as Seen On Pinterest"