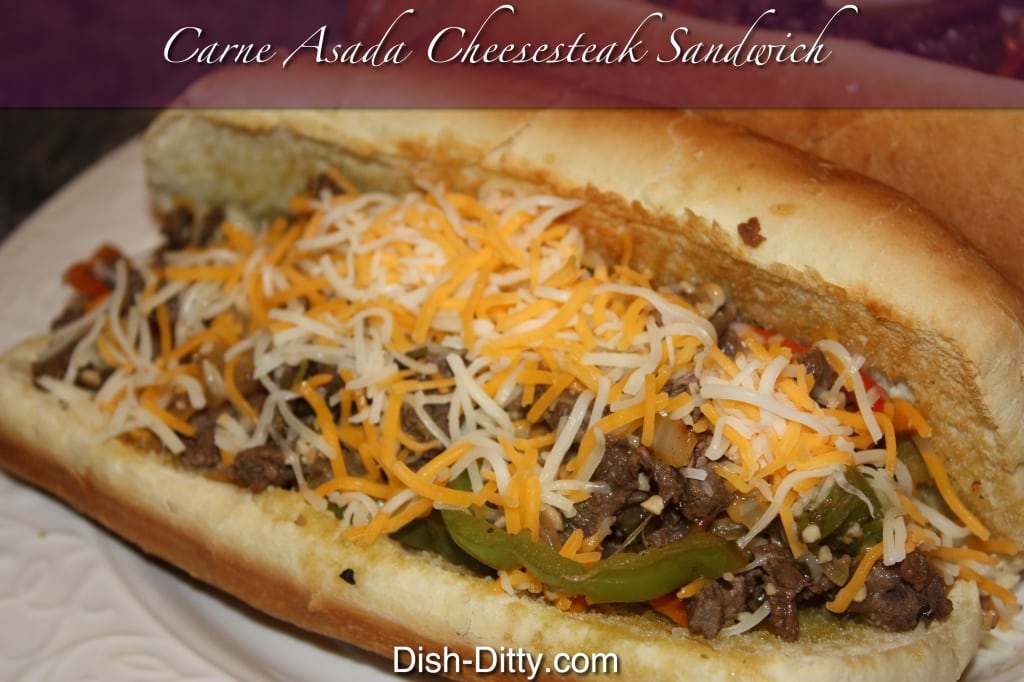 Marinade your steak and slice your veggies in advance for a super quick and tasty sandwich. This Carne Asada Cheesesteak Recipe is great for lunch or dinner.  Serve the leftover meat, onions and peppers with eggs for breakfast the next day.

Put together the sandwich:

Combine all ingredients for the Marinated steak and refrigerate for at least one hour.

Note: When cooking the sandwiches, cook two at a time.

When ready to cook the sandwiches, drain the liquid from the meat by putting the meat in a strainer over a bowl.

Brush french rolls with garlic olive oil and put in toaster or broiler.  I prefer to broil the bread as it will only brown one side. 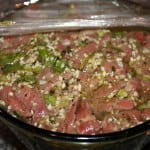 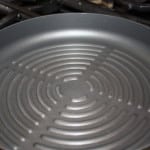 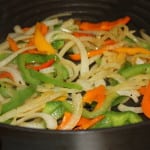 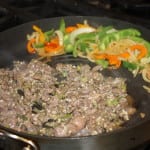 Separate the meat and vegetables for 1-2 minutes 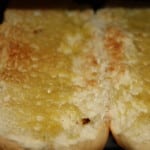 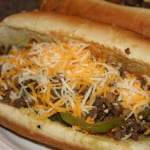 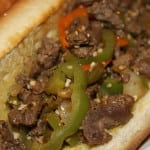 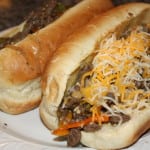 Carne Asada Cheesesteaks with or without cheese 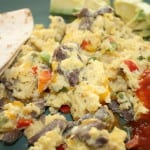 Serve leftovers with eggs in morning.