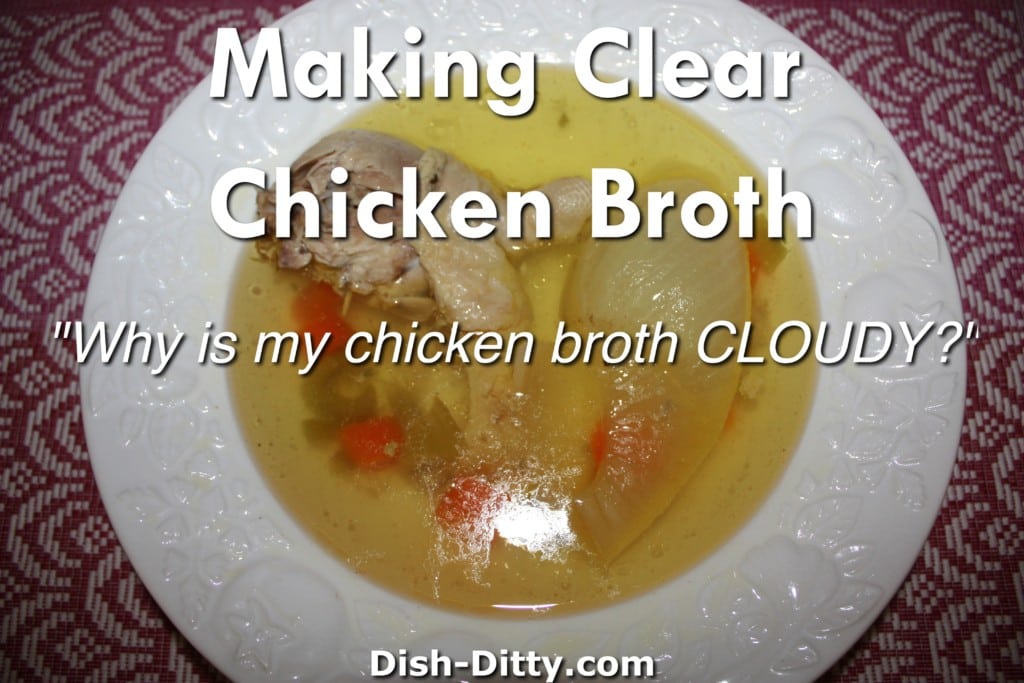 Why is my chicken broth cloudy and not clear?

The question of the day: Why is my chicken broth cloudy and not clear?

One day my Dad asked me to make some Turkey soup for him. He bought all the ingredients and had me make it. After I made it, he asked if I put in the onion.

My Dad replied, “Did you put the onion in whole?”

“Well, you know that if you put your onions in whole, the broth will be clear,” my Dad told me.

Huh. I didn’t know that. I have made chicken or turkey soup hundreds of times. Sometimes the broth is clear, sometimes it’s not. Honestly, I never bothered to care. I’m not sure why I didn’t care, but probably because the soup still tasted delicious.

My Dad went on to tell me that when my parents were first married, my Mom was bothered by her soup being so cloudy. So she asked her mom why my Grandmother’s soup was clear when hers was cloudy. That’s when my Grandmother gave her this little tidbit of information.

After searching the internet, I found a couple other reasons.

And the number one reason, according to my grandmother:

Your onions were chopped up and should have been put in whole.

3 Replies to "Why is my chicken broth cloudy and not clear?"