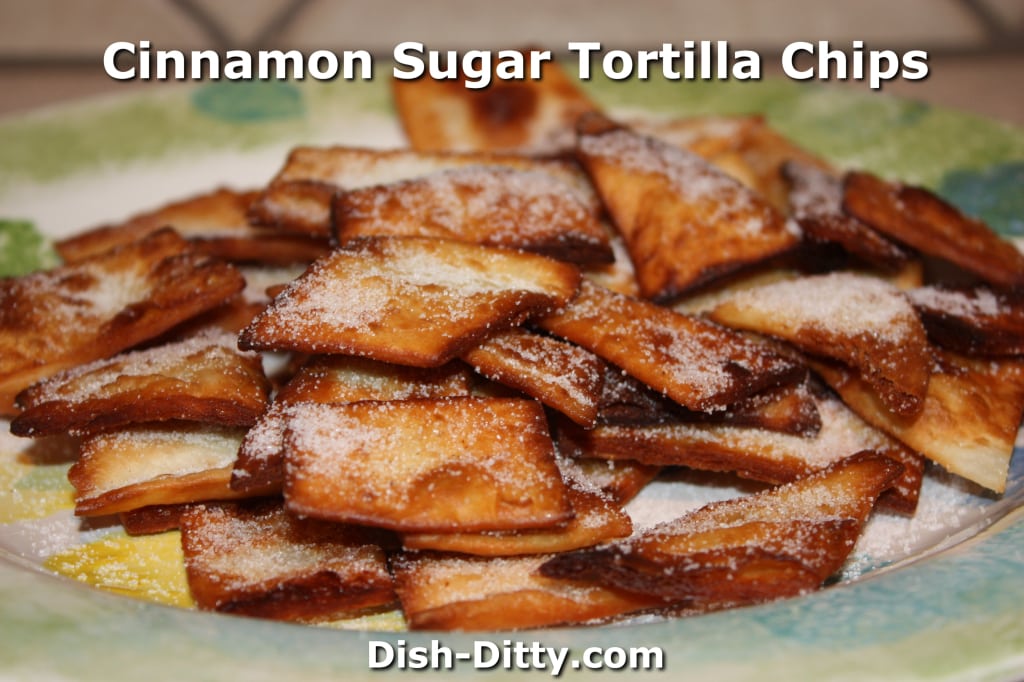 A quick fun way to use up those leftover tortillas. Takes just a few minutes and you’ll have a pile of sweet, cinnamon chips.

My son loves using his pastry tart maker, but since we don’t have pie dough or pastry dough on hand (and it’s super fattening), we started experimenting and found that tortillas work great. But, one problem is that we only need a small rectangle of the tortillas, and the tortillas aren’t big enough to make two rectangles, so we wind up with a lot of excess tortillas.

Excess tortillas? Nope not going to throw them away, so this is what we do with them.  Of course, it ruins my trying not to make super fattening foods, but hey, they aren’t that bad, right? 🙂 If you are concerned about having that much fat, you can try baking them (see notes).  They will be tasty but likely not as good. As long as you don’t put them side by side, I’m sure you’ll like them either way. 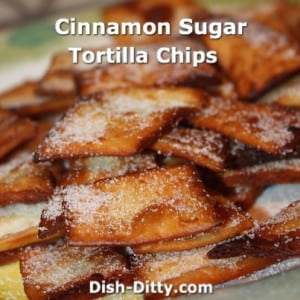 These can be baked, but won't be as good.  If baking, spray generously with pam and sprinkle with cinnamon sugar before baking at 375 degrees, flipping once.  Probably takes about 5-7 minutes per side.