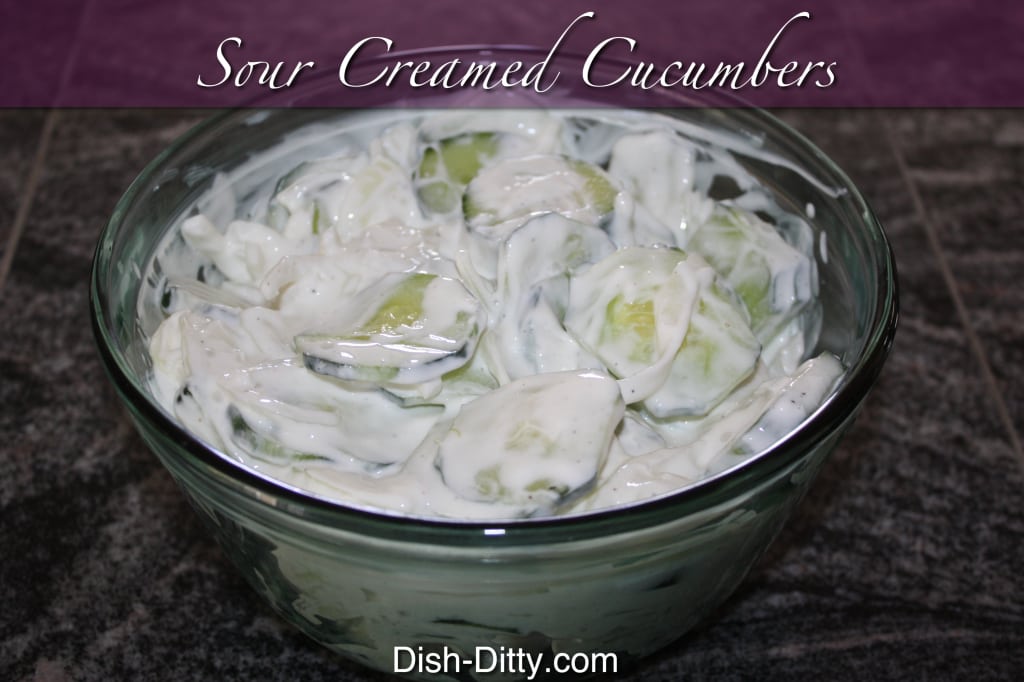 Cherri’s Sour Creamed Cucumbers Recipe is another one of my Mom’s recipes. She would make this for our summer picnics or BBQs and it was, and still is, one of my favorites. The crispy cucumbers, with the onions and sour cream. YUM!

This is similar to yogurt tzatziki, but instead of a sauce it’s served more like a salad.  You can serve this with a middle-eastern buffet and everyone would be pleased.

I don’t think my mom made this recipe up. I’m guessing it’s just one of those common recipes for her generation, one that is lost to most. But, I’m bringing it back to you! 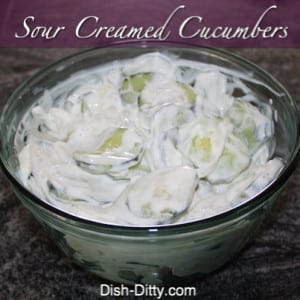