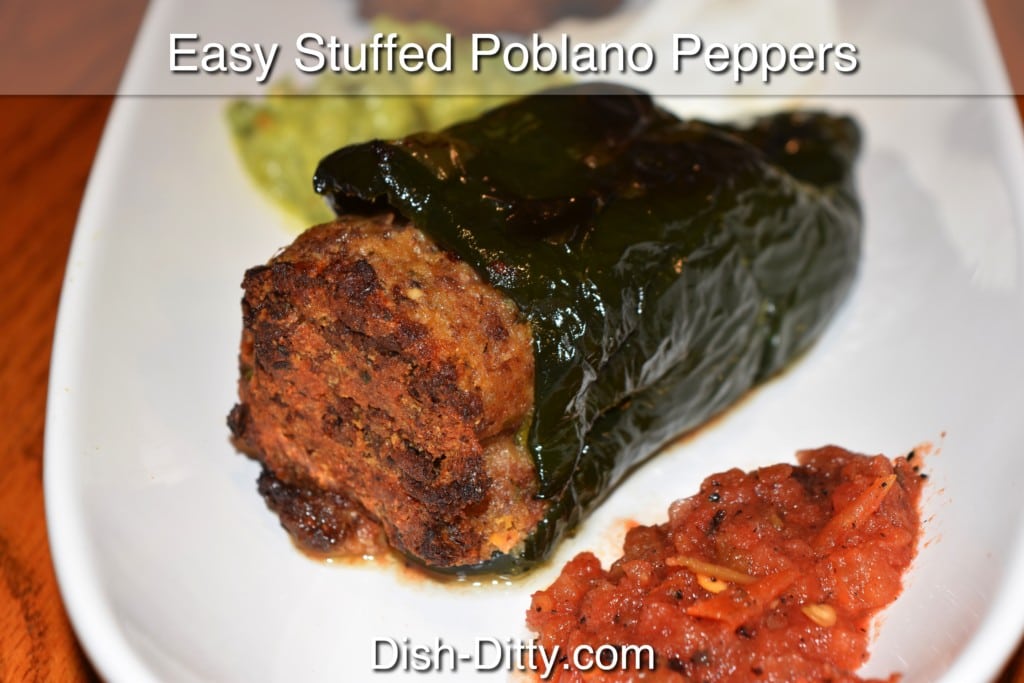 Sometimes I get an idea for a recipe stuck in my head and I just have to make it. That’s where I came up with this recipe, my Easy Stuffed Poblano Peppers Recipe. Or as my friend Michele would like to call them: Easy Peasy Stuffed Peppers.

I have been getting the vegetable and fruit delivery from Imperfect Produce for a couple months now and one of the things that has been fun is trying to figure out what to make with the produce that I normally wouldn’t pick out at the store. Yes, I can pick exactly what I want to purchase, but sometimes I forget and I get things that I just don’t use on an every day basis, like Poblano Peppers.

I love to cook, but sometimes I get in ruts and I don’t always branch out and try new things. This is the first time I’ve ever had poblano peppers in my kitchen. But for some reason, I had this recipe stuck in my head. I think it’s because my father’s caregiver had brought my dad some Chile Relano (Filled chili peppers) that his wife made. They were stuffed with a delicious mixture of chicken, carrots, tomatoes and onions. I think the base for that was similar to my Mexican Shredded Chicken Recipe, but with the added carrots and more onions.

I had only seen Chile Relano in Mexican Restaurants stuffed with cheese and then fried, so when I saw his wife’s version stuffed with chicken, a light bulb went off. They still battered and fried theirs, which I need to avoid, but it gave me the inspiration.  That and I really needed to use up some of those peppers and I had a bunch of taco meat just sitting around. So, Voila! this dish was born!

I loved it. It wasn’t spicy but was a delicious blend of flavors. I hope you love it too. Enjoy! 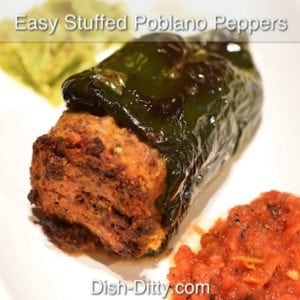