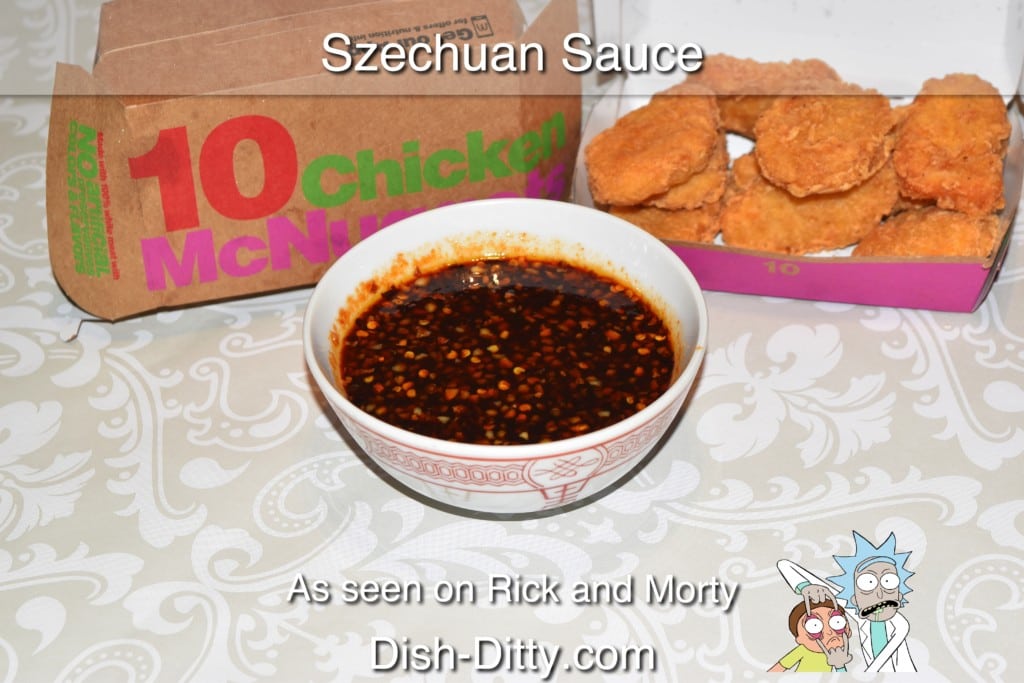 As seen on Rick and Morty, the infamous Mc Donald’s Szechuan Sauce is revealed! My son Justin scoured the web and found this recipe on YouTube. Time to get cooking!

My son Justin has been obsessing over this recipe, which is funny considering he never eats McDonald’s and even if he did, he never had the Chicken McNuggets. But, that show Rick and Morty had him wanting to make the sauce.

He watched lots of videos and found one that seemed to have promise. Here’s that video:

So, taking what was done in the second sauce, this is the recipe. It was really delicious, albeit a bit spicy (especially when it rested). Just reduce the crushed red peppers if you don’t like it as spicy. 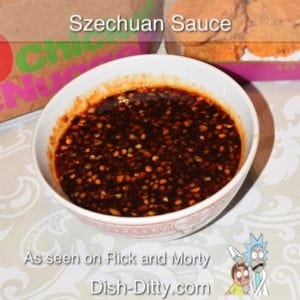 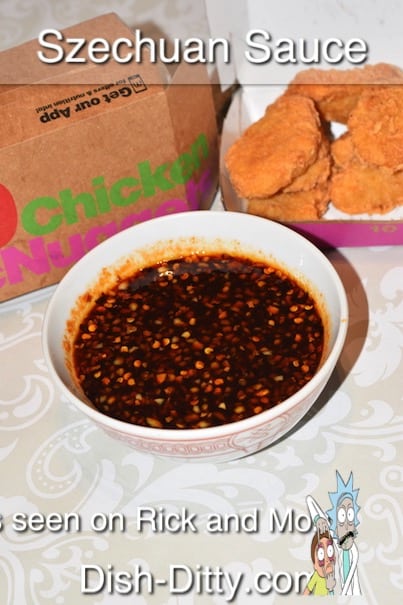